Work Release Program, Vol. 5: A Ghost in My Shadow 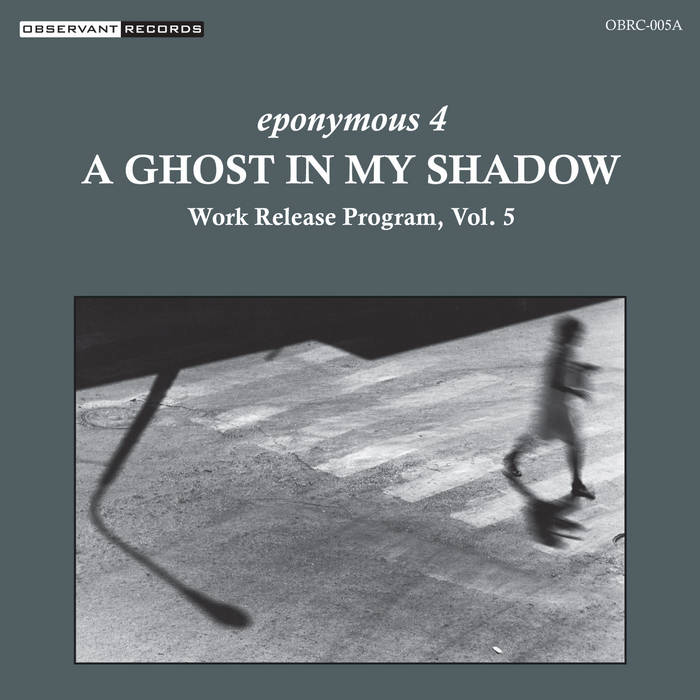 A Ghost in My Shadow was scheduled to be the fifth volume of the Work Release Program, but a number of events in the personal life of Eponymous 4's Greg Bueno prevented it from happening.

To commemorate Observant Records' 10th Anniversary, these titles return as subscriber exclusives. This demo version of A Ghost in My Shadow has never been made public -- till now!