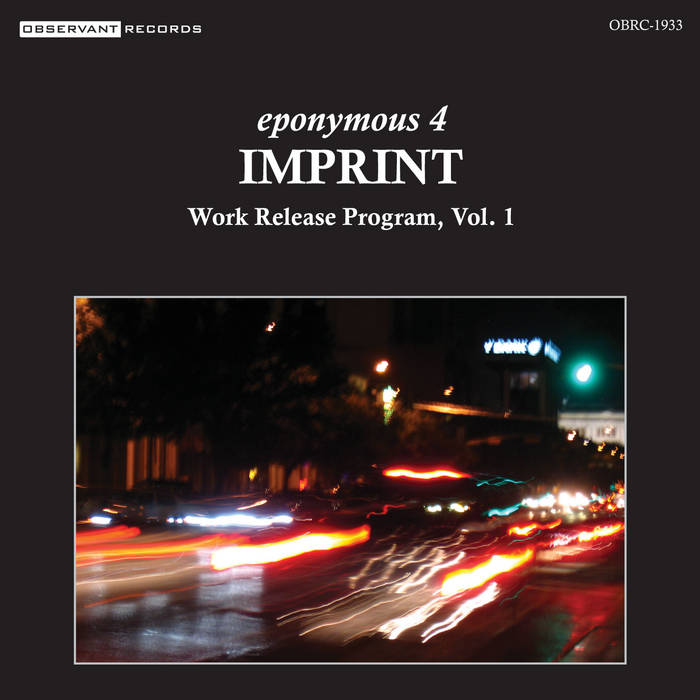 Released in April 2009, Imprint marked the first exclusive digital release by Observant Records and inaugurated the Work Release Program, a series of demo recordings intended to show off rough drafts of complete albums.

These early releases served as blueprints and feature only vocals and keyboards, with other parts fabricated from samplers.

The Work Release Program titles were taken off-line when the Ex Machina Series presented the current form of the album.