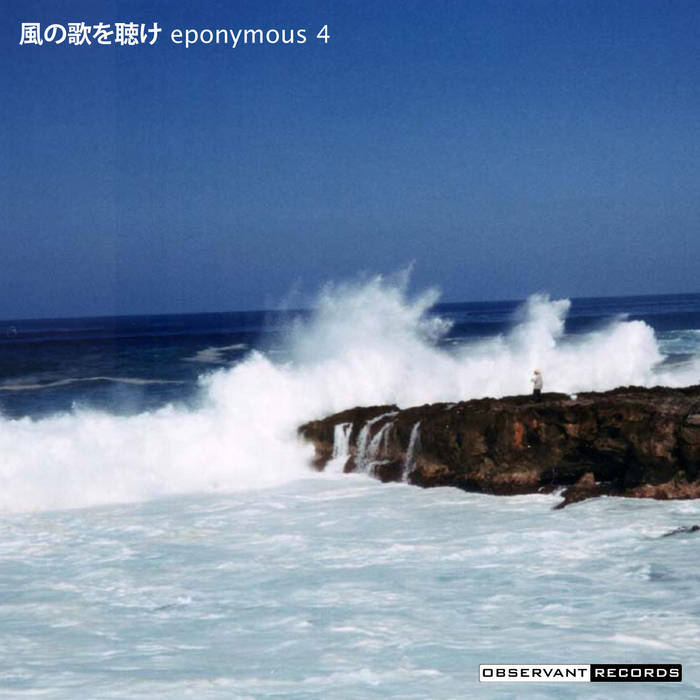 風の歌を聴け (かぜのうたをきけ, or "kaze no uta wo kike") means "hear the wind sing". It's the title of Haruki Murakami's first published novel in Japan, and it's also the inspiration for the title track of Eponymous 4's second EP.

"Hear the Wind Sing" was written because of a crush.

Eponymous 4's Greg Bueno wrote and recorded the track in college, hoping to convince a tenor he fancied to sing it. The tenor in question declined, and the song remained unsung till Greg recorded it himself. (After transposing it to accommodate his less-than-tenor range, of course.)

A few years before, Greg wrote another song, "Downtown Downpour", that used tetrachords instead of triads. It was very Debussy.

Neither song fit very well into the tracks that would comprise Imprint and Restraint, so they became the foundation for a five-song EP. Greg filled out the rest of the EP with a dissonant duet ("A Simple Song"), a song using only two chords ("Rescuer"), and piece for piano and vocal with a bass line spelling out the initials of Dmitri Shostakovich (DSCH).

風の歌を聴け is, in short, a strange set of songs, and truth be told, it's also the kind of material Greg would like to do more of.