A Loss for Words: The Cassette Demo 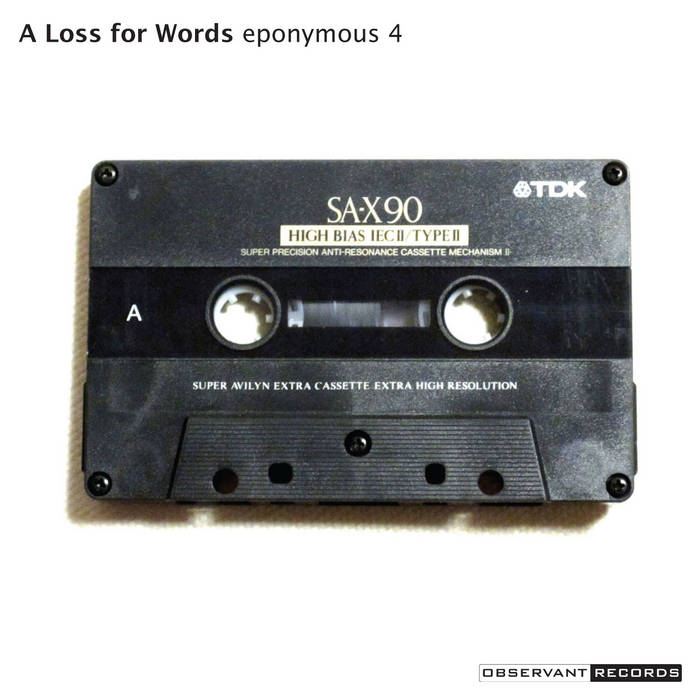 These are the original Eponymous 4 recordings.

They were recorded with a Kawai K4 synthesizer, a Kawai Q-80 sequencer and a Tascam 424 Portastudio. It's the only surviving recording from a burglary in 1998 that essentially trashed all the work I had done up till that point.

At the time, I thought the burglary was catastrophic, but it made me realize the equipment I had was limiting me. The music on these recordings weren't the ones I heard in my head, and it took a decade of technological advances to let me realize what I wanted.

But a funny thing happened on the way there -- these original recordings eventually became definitive. They weren't what I heard in my head, but they were close enough and they were mine.

It makes me cringe to hear these recordings, but at the same time, they established what would eventually become Eponymous 4 and Empty Ensemble.

A note about the cover art: That unlabeled cassette tape is the actual tape from which these recordings come.